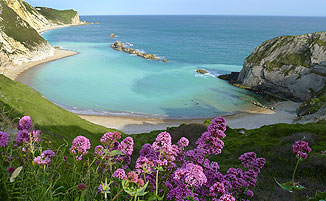 A London couple approached Richard on the recommendation of a work colleague who had successfully used our services the year before. They were having no success in finding a suitable holiday home in Dorset. They had a sensible budget and were looking for a three bedroom property on the Isle of Purbeck in a quiet village location, ideally with a sea view and close to a nice beach, a good golf course and Wareham railway station.

Good quality houses on the Isle of Purbeck are few and far between and competition for them is high. Richard got to work on their behalf by using all his resources to uncover suitable houses that would be of genuine interest to his clients. On his travels, he came across a site in one of their preferred villages that was obviously being prepared for development. Upon further investigation, he soon learnt more about the site and what was going to be built on it. It seemed promising and, having discussed it with his clients, arranged for them to visit. After studying detailed site plans and architects drawings, it became clear that one of the proposed houses would be ideal. Richard was immediately instructed to agree terms ‘off plan’ before the property was formally launched.

“Right from the beginning Richard was skilled in clarifying what we were looking for and in gaining an understanding of our tastes. He saved us so much time because we avoided the need to plough through endless estate agents’ details and even more time because we didn’t need to make pointless journeys from London to Dorset and back to view inappropriate properties.

Perhaps most importantly, Richard organised early access to view properties and we were the first to view our prospective holiday house. The demand for properties in the area is so keen that we wouldn’t have had a chance of obtaining it had we seen it even two days later.

Our purchase involved some unusually complicated issues and Richard was a great source of help and support. We would have no hesitation in recommending him to others as his skill and expertise have been invaluable – his service is great value for money.

Last but not least Richard is so pleasant to deal with!”