A house in the country 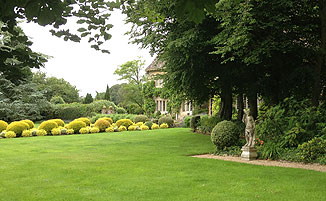 Richard was recommended to a family in Hampshire looking to relocate to Wiltshire for their children’s schooling. They were looking for a substantial country house suitable for a large family with at least five acres of land within fifteen minutes of Bath. The search begun in March but the new home needed to be found well before September when the children were due to start their new school.

This type of property so close to Bath is rare and always extremely popular. We knew that an early ‘tip-off’ would be essential in order to get ahead of the competition. Through one of his contacts, Richard was given the opportunity to preview a potential property before it went on the market. The house turned out to be the perfect one for his family and three weeks later contracts were exchanged – the property never appeared on any website or in any magazine or paper.

“We appointed Richard Waters to act as our agent in March 2012. Having interviewed some of the larger firms of buying agents, we just felt that Richard’s energetic approach, his encyclopaedic knowledge of the local area, his network of contacts and his sheer drive to deliver, stood head and shoulders above anyone else.  In the end, it made our decision easy.

We were under a bit of pressure in that our house was under offer and our three young children were due to be starting school in September. We had limited time to look for a house ourselves so we knew that we needed some professional help. As part of our research, we spoke to a number of the local estate agents in Bath about appointing a search agent and they all recommended that we got in touch with Richard.

The brief that we gave Richard was not an easy one. As a family of five, we were looking for a substantial family house in the country with at least five acres of land, a tennis court, a pool, an external games room for the children and a wine cellar. Not only that, it also had to be within 15 minutes from school. We had already been told that these types of sought after properties did not come to the market very often but Richard kept reassuring us we’d be OK.

True to his word, the second house that he showed us was the ‘one’. It wasn’t on the open market but it had been introduced to him privately through one of his local contacts. Richard previewed it on our behalf and it was clear from the way he spoke to us about it afterwards that this was clearly going to be a strong contender. On his advice, we visited the house and as soon as we drove down the drive, we were hooked. The house was stunning, a gem, and over delivered on all counts.

The rest, as they say, is history. We are now living in our new wonderful home and cannot believe how lucky we are to have found such a wonderful home to bring up our family. We would never have achieved this without Richard’s help and for that we shall always be grateful to him. He was a pleasure to deal with throughout the whole transaction and we cannot thank him or rate him highly enough. The service he provided was outstanding and we always felt that we were in the right hands. Richard is a true professional; he clearly knows his business and if you are looking to buy a house in or around Bath then look no further – this is the man that you need to talk to! ”