Bristol has been coming up top in terms of lifestyle and happiness according to a spate of recent newspaper articles, rapidly advancing its claim as one of the most desirable places to live in the UK.

Recent articles in The Independent and The Telegraph have placed Bristol as a top contender for the best city in which to live in, beating others such as Edinburgh, London and even Bath.

Moneysupermarket.com cited this was because it had a unique combination of “great shopping, great scenery and great social scene” that made it stand out from other cities. It went on to explain that Bristol can boast of “one of the lowest unemployment rates in the country, varied and beautiful housing stock, decent schools, buzzy culture and night life and access to some fantastic countryside”.

Yet another factor is the improved transport links, which will cut the time to London down to just 80 minutes by 2018. 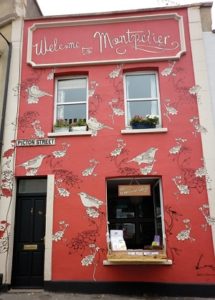 From edgy Montepelier to refined Clifton, there is a wide selection of property locations available to everyone – whether first time buyers or those looking to move upwards. Added to this is a huge and colourful array of bars, restaurants, theatres and cinemas around the city, all of which give Bristol its local character. Cider connoisseurs even get a drink on the famous cider boat on the water front and the city even has its own currency – the now famous Bristol Pound.

The perks of location are also sweetened by the news that the average Bristolian income is £22,293, above the national average of £21,473. Amazingly, this is the third highest amongst all UK cities. This allows for a higher standard of living, and a vibrant local economy. It’s reflected by the highest growing level of disposable income amongst any UK city, as well as an unemployment rate of just 8%.

According to Bristol365 Bristol “is positively bulging with culture, art, music, theatre, history, architecture, and a sip or two of Scrumpy”. It concludes that Bristol is one of the best cities in which to live.

The Telegraph has also come to the same conclusion. In a recent article about the places to buy property in Bristol, it explains how the city has European Green Capital status and outperforms other cities on quality of life. With two ‘thriving universities’, an airport and booming property market, the premier city of the South West is painted in a very positive light.

The Independent went further in a recent article of its own, saying Bristol was the most ‘liveable in’ city in the UK – although Belfast was the most optimistic city, and Newcastle had the best nights out.

Back to news
← ‘Devolution Revolution’ meets with mixed reactions in the South West
Up in the Air? →