‘Devolution Revolution’ meets with mixed reactions in the South West

On 5th October the Chancellor George Osborne announced a ‘devolution revolution’ by abolishing the uniform business rate, which has led to relief for many but has also been met with caution by some business leaders here in the South West.

During the Conservative Party Conference, held recently in Manchester, Mr Osborne announced that local councils will now be allowed to set their own business rates, and will be able to keep 100% of the money they earn from it by the end of the parliament in 2020. 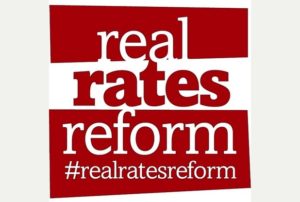 Local advocates such as the Bristol Post have been pushing for this move for a long time. After starting the #RealRatesReform campaign in 2014, the local paper has advocated simplifying council business rates, ending property-based deterrents to local growth and development, as well as greater local control over how the collected money is spent. Many see George Osborne’s announcement as a successful outcome of their and other parties campaigning efforts.

The plan also involves phasing out the central government core grants to local councils by 2020, and the councils have to take on new responsibilities alongside fiscal autonomy.

Nevertheless, many business leaders in the South West are cautious about the result. Business West – the organisation representing over 16,000 local businesses – has expressed concerns. The managing director, Phil Smith, said “Businesses will want assurances that greater local control over business rates does not translate to more taxes with little or no business benefit.”

Similarly at a national level, the Director-General of the CBI John Cridland warned it ”must not be a way to increase rates without the consent of the local business community”.

According to KnightFrank the UBR levies a charge of 49.3p for large business and 48p for small nationally. However estate agents Lambert Smith Hampton suggest that the abolition of the UBR may only lead to further increased uncertainty among businesses. An expected rate re-evaluation between the North and the South in 2017 is predicted to produce geographic ‘dips and spikes’, and polarisation between both ends of the country.

Because of these expected geographic changes, many remain unconvinced that councils in the South West will be able to effectively manage the rates – citing poor previous performance. Their caution may well have solid foundations. Many, such as the Bristol Post, might see local council autonomy on this issue as an effective way of ensuring local investment in future development. But the ones it is most likely to affect – business owners in the South West– fear the possible rise in business rates without any corresponding benefits.