Bristol and Bath – the places to be in the future? 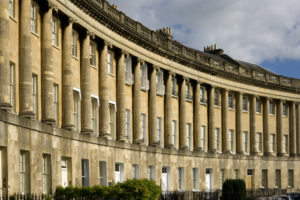 Bristol and Bath will experience an unprecedented growth in job creation and transport developments, making them the hot new places to look for property.

According to the 2015 Knight Frank Residential Report focusing on Bath and Bristol, these two cities will experience an expansion in property demand due to local job creation. With economic growth at 2.9% GVA in property in 2015, the area will become increasingly attractive to potential property buyers.

For Bristol, this success can be attributed to its status as a continually growing hub for the finance and technology sectors. This has resulted in an expanding workforce, which in turn has driven an expansion in households. Frank & Knight project the number of households in the city to increase by 26% from 2012-2037. Already attractive due to its iconic waterfront and trendy nightlife venues, this will only serve to increase interest in the city.

Similarly Bath Council has big plans to expand the local economy to the tune of £1billion by 2026, which will fuel local job creation. This will in turn drive interest in Bath properties. Whilst most think of it as the elegant city of Jane Austen and Roman remains, it is actually a growing regional hub. Behind the gracious Georgian exteriors, Bath houses a vibrant cluster of leading software consultancies, which will help to drive this economic growth and job creation in the near future.

In both cases, popularity will ensure that property demand outstrips availability, with only 2000 new households added annually in Bristol and 500 annually in Bath. This will no doubt cause prices to rise in further in the future.

The other factor driving this popularity will be the improvements in transport links to London. With train line electrification programmes already underway, Knight Frank predict commuter journeys from Bristol to London will be cut to seventy minutes by 2017. Shortened journey times will bring Bristol properties into the same level of commuter interest as Oxfordshire and Ipswich. And with average semi-detached house prices of £207,000 in Bristol compared to £475,000 in London, commuting will no doubt become an increasing trend.

Whilst there will be little change to train times from Bath, upgrades will allow for greater commuter comfort. A suggested cable car from the new development Mulberry Park into the city centre could provide a relaxing and unorthodox way to get into the centre of town.

The increase in local jobs and improving transport links to the capital will mean properties in both Bath and Bristol are likely to become increasingly sought. The outcome of this trend is that whether you favour exciting nightlife or genteel Georgian architecture, Bath and Bristol are the places to be for the foreseeable future.